As you know, I love a good story of the human experience. Ive talked about movies and books before, but I’ve sorely neglected the awesome series that are out there right now. My friends on social media and elsewhere always seem to be asking, what should I watch?

Well I am here to give you some suggestions! Keep in mind I will be leaving out some of my favorite shows that I know everyone has already heard of,(i.e. Game of Thrones, Dexter, Stranger Things, Handmaids Tale, Big Little Lies) and hopefully you will stumble across something you like!

This show was an utter surprise  to me, I had heard a tiny bit about it and decided to give it a try on the good ol’ Netflix due to a bought of boredom as per usual, and little did I know I would be deeply hooked. The show is based upon the “Braverman” family, specifically the four adult Braverman children, as they deal with the hardships and triumphs of life. The story is centered in Berkely CA which was awesome for me, as a NorCal native. Now at first I admit was skeptical for one reason, I am not at all a fan of corny things. For example I can just not get through the very popular series “This is Us”, because it is just like, grossly corny. I also have a keen distaste for romance movies unless it is wrapped in tragedy somehow (I know, I know). What I loved about this series is how real and raw it is, and the actors play these characters so perfectly that you find yourself so attached to the family almost like they are your own. I am not a cry-er at sad shows/books/movies but on very rare occasion, and every time I watch this show all the way through (its been a few times lol) I weep like a lil baby at least a few times. I would suggest this show to anyone and everyone x10000000. Seriously so good, you guys.

This show is ranked right up there with GOT. Any the awesome thing? there is only one season! Hardly any catching up to do! This show is so incredibly done with the special effects, the acting, the sets, its truly a masterpiece (which is why I grumpily understood why the second season took two years to make) . This show is centered around a futuristic “theme park”, if you will, with robotic “hosts” that occupy it. These hosts are as real as anyone else; they think, bleed, feel pain and fear, and they can never fight back. The richest of the rich pay top dollar to visit and do whatever they want to these hosts, and if you didn’t guess before, the theme of the park is western. I will forewarn, this show has elements of torture and sexual assault plus of course blood and guts, so if that’s not your bag, stay away I say! I would say more of the story but the fun of it is figuring it out, good luck my friends! 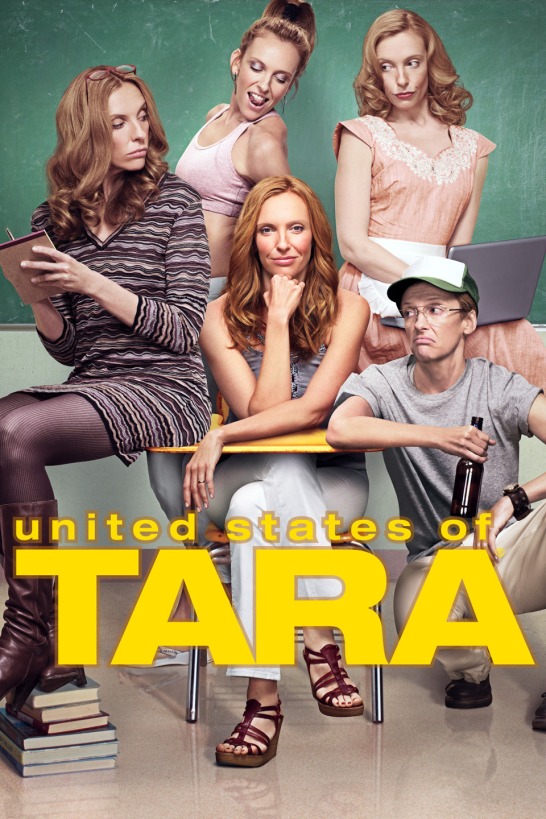 I mean who doesn’t already love Toni Collette?! If there were any piece of her work to display her incredible acting skills, its this one. A story of a suburban mother who suffers from multiple personality disorder and is just trying to do life. Her alters present as a slutty 15 year old girl named T, a 50’s housewife whom loves to bake named Alice, and my personal favorite Buck, a beer chugging cigarette smoking Vietnam vet (yep, its a dude). This show brings to light some of the very real and painful things people living with D.I.D. go through, while keeping an air of comedy and family strength. This show flew under the radar and was cancelled after 3 seasons to my dismay, but it is SO worth the watch!

4. The End of The F***ing World: A Netflix Original Starring Jessica Barden and Alex Lawther 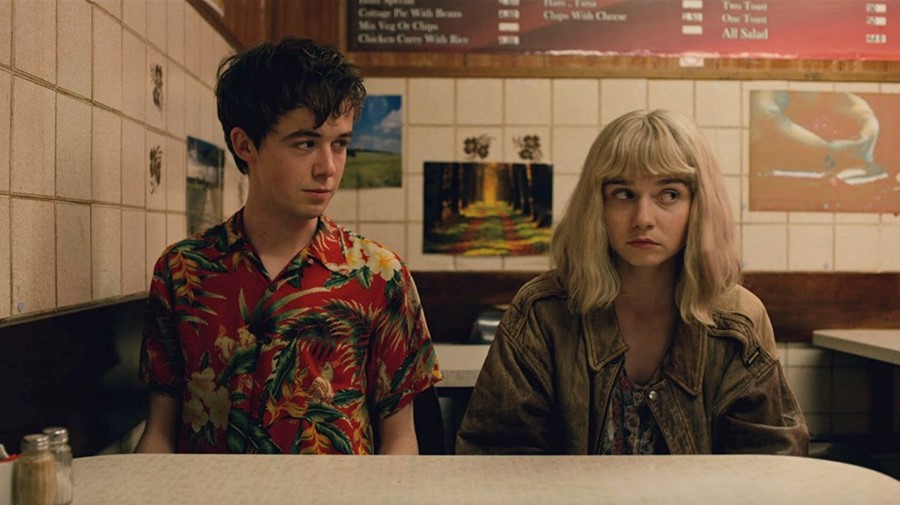 This show is as quirky as quirky gets. Very dark with sprinkles of humor, it was a great watch for me. James and Alyssa embark on a journey to escape their lives, well, at least Alyssa does. James is sure he is a sociopath and is thinking he might like killing a human, namely Alyssa. The two are both broken and going through some major s**t and find each other somehow. You cannot help but fall in love with the brutal honesty that is Alyssa and the oddly cute nerdy-ness of our Sociopath at hand James. This show will not be for everyone, but for people who like a good bit of quirk, its fantastic!

That’s all I have for you now! If you watch any of these I would love to know what you think, and if you have suggestions for me please share I really love it!

Ill be back soon,

2 thoughts on “Need a New Series to Watch?”